Case Study: Asbestos and Lead Survey and Abatement Oversight for a Water District 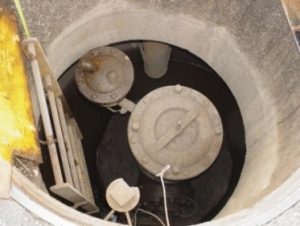 A major California water district was relocating underground valves on the main feed line to above ground locations in compliance with new regulatory requirements.  The underground valves were secured within vaults that ranged from just below grade up to 30 feet below ground surface.  These vaults were located on freeways, streets along business and industrial corridors, public and private right-of-ways, parks, golf courses, and backyards and street in residential neighborhoods.  The old valves were constructed of lead and the associated gaskets were presumed to be asbestos containing material (“PACM”).

CSC performed abatement oversight and final clearance during the removal of the underground lead valves and PACM gaskets.  For this project, services provided by CSC included:

The initial project approach called for this work to be performed under standard containment protocols. However, the location of the hazardous materials below ground made this approach impractical.  After reviewing the work plan for abatement activities and evaluating the air sample results for the initial locations, CSC provided suggestions leading to the redesign of the abatement approach to include the following elements:

By employing this approach not only did the number of locations that could be serviced during each work shift increase, significant cost-savings were realized.  Final clearance reports and close out documents were generated and delivered within approximately one week after completion of each phase of the Program.